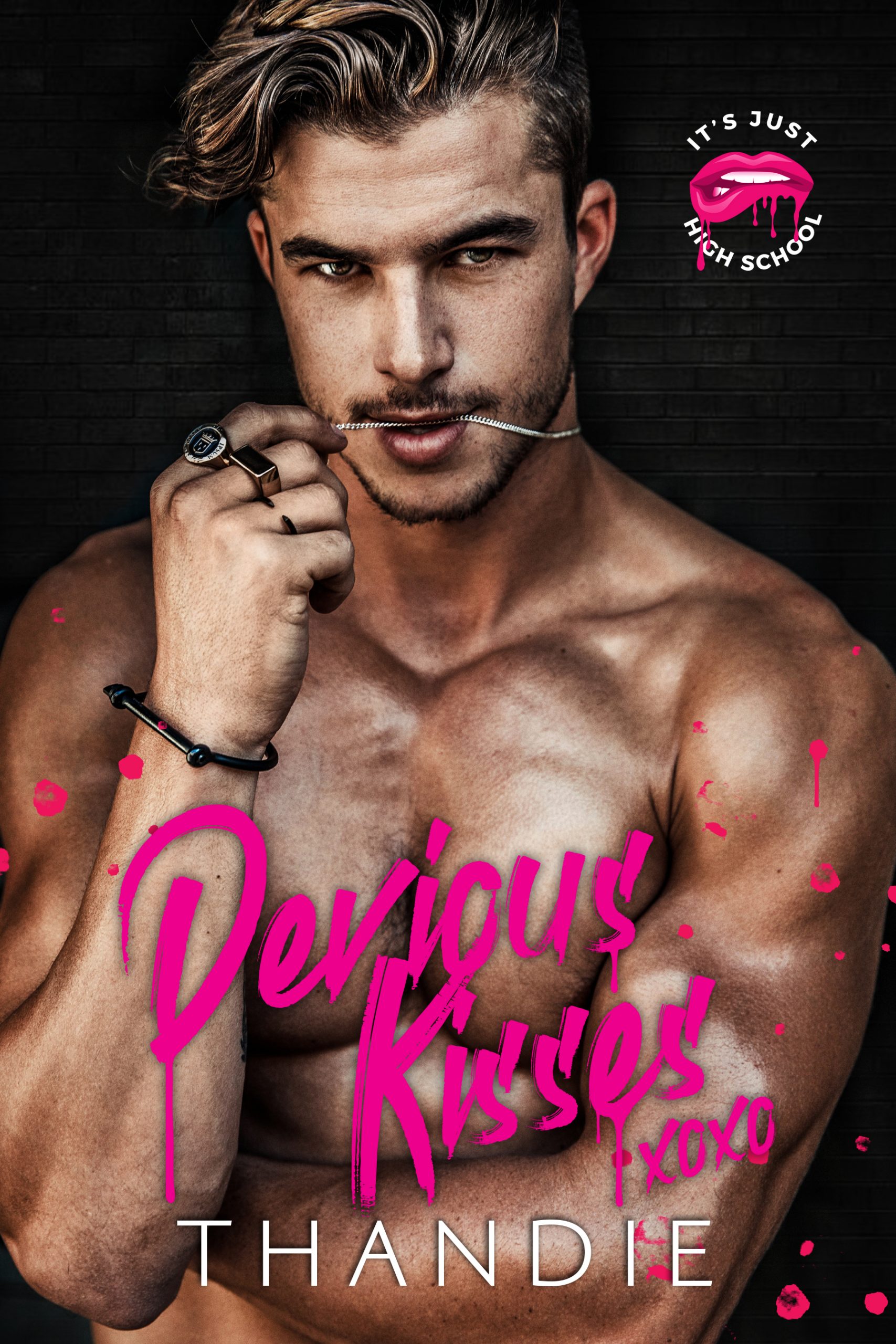 Some rivals can be fatal to your heart, but, It's Just High School.
Here's the 411 about high school--well, at least my high school, Clintwood Academy.

💋Everyone has a grudge against someone else.

💋It's the breeding ground for losers, jealous broken-hearted girls and acne covered fools with zero game.

💋The disgustingly rich kids are vile, vindictive, popular and the Mecca of a social life worth a damn.

💋Lastly, high school is simply survival of the fittest.

And I was the fittest of the all. Once.

Once, before I was set up to take the fall for an attempted murder of one of the Fitz brothers, the golden boys of St. Jude High, our sworn rival enemy.

Before I was played for a kiss and it worked.

Now, the Fitz brothers hate me.

They want to destroy me.

They know everything about me, and I hate them for it.

And now, we'll all be living together, like one big, happy step-family. With secrets brimming, hatred festering, and other feelings I have no business having for my step-cousin-brothers or whatever, haunting me night and day.

Without even thinking about it, I slap him so hard across the cheek.

Everyone gasps, but Liam hardly moves. He just cocks his head to the left, an evil smile on his face, watching me like he’s proud of his handy work, proud of how I just lost control.

“Cute but devilish inside,” he whispers, then he glances behind him and raises his voice. “There she is, the so-called Ice Queen of Clint-fucking-wood Academy.”

Some people start laughing and snickering at me. Liam turns to look at me, amused. At this point I’m shocked and appalled at my own actions, I can hardly breathe.

“There’s the ugly truth for everyone to see.” Liam grits out, rubbing his jaw methodically, his eyes dilating a little.

I take a step back, shocked at myself. I can feel a thousand eyes on me, but none of them haunt me as much as the intense, shiver-inducing gaze I can feel burning a hole in back of my head, coming from the Camaro.

“You…” I start but my voice is hoarse. “You don’t know anything about my family.”

“Sadly for you, I know a whole lot more about your family than you’d like anyone else to know.” Liam drops his hooded gaze as he lowers his voice to a whisper. “You know, things you lie about on a daily basis.”

It’s the devious look on his face, the tense set of his shoulder as he watches me–that’s how I know that he knows. The Fitz brothers were going to wreck havoc in my life and if I wasn’t careful, I was going to stand there like a fool, watching as they plunder and destroy me with the world of teenage assholes witnessing my demise like I didn’t pave the way for most of these dollar store clothes wearing bitches to be here.

I can’t and I won’t let that happen. It would be a cold day in hell when I allow anyone to embarrass me.

“Tell me, princess,” Liam starts, his voice dropping a few octaves, making a shiver go down my spine. “Did you lash out because I showed everyone here that you’re not as invincible as you’d like them to believe?” Showed them that you’re, in fact, as tight as a padlocked Bible?”

He circle me, leaning in to sniff my hair. I tremble, unable to believe what’s happening to me.

“Or maybe that anger stems from somewhere else, entirely? Whorish genes, maybe?”

If you listen carefully, you can hear my heart cracking as I gasp, taking a step back as he advances. Images of my mother flash in my head.

I can see her smiling.

I can see her dancing with me in the studio.

And I can see her, on this day two years ago when she broke down in front me me, the doctors having delivered that she had ALS, and it was breaking down her system faster than that thought, which meant she’d never dance again.

“Stop.” I whisper but Liam keeps going, the intent to not only ridicule and destroy me so publicly, but to hurt me on a deeper level so clear in his blazing eyes.

“Or maybe, you’re one of those barely developed, stuttering fools who can only communicate through violence and anger, pissing off other people then acting like the victim when you’re called out on your shit.”

“Yeah, I think that’s you. Standing over there in your Gucci boots, shaking like a leaf, looking so damn skinny like you’re about to blow away with a light breeze.”

Mia, I’m going to be alright, take care of yourself.

“I said stop!” I scream, bringing my hands up to cover my ears, my eyes shut tightly, trying to chase away my mom’s and  aunt’s voice.

But when loud, shocked gasps reach my ears, I realise where I am, and who’s watching me. As well as who’s in front of me, making a spectacle out of me.

Liam stands there, a big, mocking smirk on his face as everyone starts laughing…at me.

“Can’t handle your emotions?” Liam taunts, winking when he glances over his shoulder. I notice phones pointed at us, recording.

No! I won’t let him destroy me or make a fool out of me. I have a reputation to uphold.

“You should’ve just moved your shit car, but you chose not to. You made your bed the moment your blood decided to come for mine. Now, you’ll lay in it.” Liam smiles, but it’s bitter, hard and cold. Then  he turns around as if to leave. “Against me and my brother, cupcake, you’ll always lose.”

“Really?” I start, finding my voice. “That’s comical coming from you.”

Clearing my throat, I shake away the shock and the hurt, feeling my bitchy tendencies coming over me like an armor of steel. I step closer to him, shaking off the blows he just dealt, ignoring the watchful, intense eyes coming from the black car.

“You know, I’ve heard about you, Liam Fitzgerald. The golden boy that ruthlessly destroys people for getting in his way.” I tap my chin, pretending to mule it over. “I’ve always wondered to myself, what is it about a guy like you, so spoiled, lusted after by harems of bimbos, bad-mouthed behind your back by people you think are loyal to you, that makes you the way you…are.”

His jaw tightens, but he doesn’t move, his hair blowing in the wind frozen in place.

“Clearly you have a thing for making people feel small.” I chuckle, keeping the hurt out of it. “Could it be that you’ve always been a small, insignificant, scarred little boy?”

I tsk, tapping my chin, knowing damn well that everyone is listening.

“And now, you drive a shitty neon green Lambo to make people notice you. Is it because nobody noticed you? At home perhaps?”

“I think you should shut up right now.” Liam grits out, turning around to stare me down, a menacing look on his face that I think gets from his brother. Hmm, doesn’t feel so good to have your guts spilled out, huh?

I stare right back at him. My eyes wide, with an innocent smile on my face, knowing that every word I utter is being recorded and this shit is going to stay alive forever. Satisfied, I watch as his body goes rigid with tension and anger, a definite replica of his brother.

But I’m not done, not by a long shot.

“Or do you embarrass people without mercy, knowing what it does to their mental state of being because maybe, the same thing has happened to you before?”

“Tread carefully, cupcake. You don’t know what you’re talking about.”

“Hmm, I don’t know Liam.” I shake my head, stepping closer to him like he did before but as I move, I catch Roxy standing right at the front of the crowd, a bewilder look on her face. Liam notices who I’m looking at then he whips his head around so fast, bloody murder lighting his eyes. “I think I do know what I’m talking about.”

“You don’t know shit.” Liam grits out each word like he’s in pain and I relish every second of it.

“Is that her I detect in your eyes?” I mock, bending down slightly in my six-inch Gucci boots, then look up into his eyes like I’m trying to see his pathetic, sad, salty tears.

And true to my prediction, there’s hurt in eyes soo intense it clouds his eyes for a second,  like he wears his  heartbreak in his eyes!

Liam doesn’t say anything, it’s almost like he’s tongue tied, his chest heaving up and down so fats like he’s trying so damn hard to keep himself together.

For a moment, I can feel his hurt deep within myself, like it’s a mirror image of mine. I gasp, but then I blink.

“He’s an unloved playboy, living out loud for someone–” I turn around, noticing the smirks on familiar faces. Clintwood crew. All of them proud of my handy work. This was a rival after all. “–anyone, to notice him, since he’s only looking for attention and warmth that he wasn’t given at…”

Before I can finish that sentence, out of nowhere, a large, calloused hand wraps around my throat and squeezes, choking me almost half to death as the person drags me away into the shadows where there are no prying eyes and I’m at his complete mercy.

Also in this series: 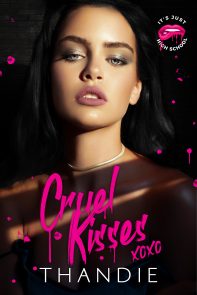 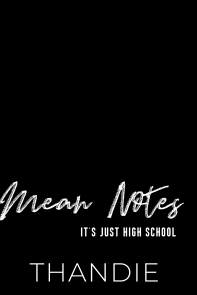